Opalescence is a female pet cat owned by Rarity.

Opalescence appears in the online game | Pinkie Pie Slumber Party Game as an item the player have to find for the Equestria Girls.

Miniature, articulated figures of Opalescence and Rarity were released in 2015 as part of the Equestria Girls Minis lineup.

Leaping Off the Page 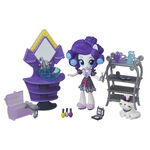 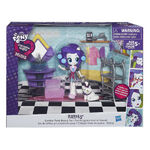 Retrieved from "https://equestriagirls.fandom.com/wiki/Opalescence?oldid=90102"
Community content is available under CC-BY-SA unless otherwise noted.